History has never been kind to claims that “this time, it’s different”. This is especially the case in education, where complexity and inertia threaten to stymie even the most well-intentioned reform. So, it’s with some trepidation that I make the following observation about Australia’s Vocational Education and Training (VET) sector, which has seen 33 sector reforms since 1998:

Despite challenges, potential changes to VET are electrifying.   Since Prime Minister Scott Morrison’s JobMaker Plan was floated at the National Press Club, the direction, pace and scale of VET change contemplated is becoming clearer. Recent comments from Prime Minister Morrison and Stephen Joyce (who headed up the Morrison Government’s vocational education review) suggest qualification development is first in line for an overhaul. Reading the tea leaves, an extension to the current Skill Organization pilots is likely. These pilots give the industry a closer role in defining, designing and assessing VET training products across human services, digital technologies and mining industries. Major change in sector funding design and magnitude isn’t far away, either. The Productivity Commission’s review of the Federal Government’s national skills and workforce agreement with the State Governments is due prior to March 2021. Resolving even some of the issues over sector funding’s scale, complexity and inconsistency in sector funding would be a massive unlock for students, providers and employers. I know what you’re thinking. There is a sense of déjà vu. The sites of reform Prime Minister Morrison proposed in his National Press Club address are strikingly similar to Ian Macfarlane’s focus in 2014. However, despite this sense déjà vu, recent developments give us the sense that, after a number of false starts, industry and education providers are getting on with thoughtfully collaborating, designing and delivering education. For instance, TAFE NSW’s Digital Technology Centre of Excellence, recently launched by the NSW Government, plans to offer specialist training programs in artificial intelligence, big data, gaming, cloud computing, cyber security, and programming. These will be co-designed and co-delivered with industry and universities as well as other partners. Outside Australia, similar developments show how policymakers, educators and industry are exploring potential approaches to deepen industry engagement and improve the long-term outcomes of vocational training. The UK’s Education Secretary, Gavin Williamson, has launched a competition to back the identification of “Institutes of Technology “. These Institutes of Technology are unique collaborations between vocational colleges, universities and business. Coincidentally, the competition was launched in the same week the Dyson Institute of Engineering and Technology was given the power to award its own degrees. As I said at the outset, history has never been kind to claims that “this time, it’s different”. However, the post-pandemic economic and humanitarian recovery gives all stakeholders a unique moment to reshape the VET sector and strengthen VET’s potential to ensure Australian businesses of all shapes and sizes have the skills they need to support their growth. Despite challenges, the potential changes are electrifying. 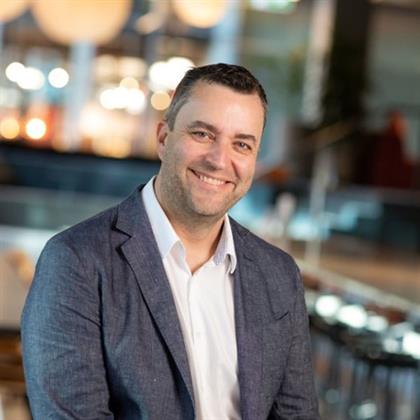 More of our thinking

Educate Futures, the podcast where Curio explores innovations in learning and teaching.

Despite challenges, potential changes in VET are electrifying

The post-pandemic economic and humanitarian recovery gives all stakeholders a unique moment to reshape the VET sector and strengthen VET’s potential to ensure Australian businesses of all shapes and sizes have the skills they need to support their growth.

The importance of high-quality online facilitators

Why Student Evaluation is Broken: Using Cookies and Science

Learning Experience Lead, Tom Whitford, reminds us why student evaluation survey results shouldn’t be taken at face value. This article highlights key variables which can distort student feedback findings and results, one being supplying sweet treats during the survey! Have a read to find out more.

Use this template board to place content decisions in the context of an over-arching service design, informed by the desired business outcomes that drive content creation and the people, resources and technology available to support.

“Now, it’s a lot harder” : Unpacking the student perspective on the recent lockdown of UK campuses

In 2020, we interviewed UK students to find out their perspectives on the changes to their educational offerings in response to COVID-19 and discuss what institutions need to do to going forward. From listening to these students and reflecting on their views, we have put together some key takeaways and suggestions universities should take on board as they start to prepare for Semester 2.

CEO, David Bowser’s reflections of what we have learnt over the past 5 years.

Our Digital Director Michael Frantzis discusses a past project of his, redesigning University College London’s homepage with Independent Design Director, Will Kruger and UX Consultant Marcos Villasenor. The project involved extensive user testing to iteratively improve the page design and refine content. The result was a beautiful, user-friendly landing homepage that saw some impressive results.

Why you have heard the words ‘learning design’ more than ever before, and why it is here to stay

by Matthew Hall and Tom Whitford

After the events of 2020 and 2021, there is newfound respect, admiration and awareness of the work done by educators. Teachers have been the backbone of higher education institutions for many years, but they have found a new relevance in supporting students through the post-pandemic landscape.

We use cookies on our website to give you the most relevant experience by remembering your preferences and repeat visits. By clicking “Accept All”, you consent to the use of ALL the cookies. However, you may visit "Cookie Settings" to provide a controlled consent.
Cookie SettingsAccept All
Manage consent

This website uses cookies to improve your experience while you navigate through the website. Out of these, the cookies that are categorized as necessary are stored on your browser as they are essential for the working of basic functionalities of the website. We also use third-party cookies that help us analyze and understand how you use this website. These cookies will be stored in your browser only with your consent. You also have the option to opt-out of these cookies. But opting out of some of these cookies may affect your browsing experience.
Necessary Always Enabled
Necessary cookies are absolutely essential for the website to function properly. These cookies ensure basic functionalities and security features of the website, anonymously.
Functional
Functional cookies help to perform certain functionalities like sharing the content of the website on social media platforms, collect feedbacks, and other third-party features.
Performance
Performance cookies are used to understand and analyze the key performance indexes of the website which helps in delivering a better user experience for the visitors.
Analytics
Analytical cookies are used to understand how visitors interact with the website. These cookies help provide information on metrics the number of visitors, bounce rate, traffic source, etc.
Advertisement
Advertisement cookies are used to provide visitors with relevant ads and marketing campaigns. These cookies track visitors across websites and collect information to provide customized ads.
Others
Other uncategorized cookies are those that are being analyzed and have not been classified into a category as yet.
SAVE & ACCEPT